As any of the dogs on Black Dog Ranch would tell you, much of the taste of the wine begins with the “nose” or scents that the wine emanates, and who has a better sense of smell than our faithful companions? And as Corley would tell you “The Nose Knows™.”

Chester was truly a wine dog and accompanied Steve all over the vineyard and the winery.  Chester was the first of the Black Labs from Black Dog Ranch.  Chester was so well known in Napa that a photo of Chester and Steve is in James Conaway’s book “Napa.”

In the 1980’s and early 1990’s, Steve Beresini was the winemaker at Niebaum Coppola.  It was fitting that he then began naming his Black Labs after characters in the Godfather movies.

Luca Brasi was the first Black Lab named after a character in the movie.  In the Godfather, Luca Brasi was Vito Corleone’s personal guardian. Our Luca was the guardian of the neighborhood and much loved by all.

Vito was the next Black Lab and much like his character in the movie, Vito did not like many people.  However, Vito Beresini did love his family and his grapes, and he protected his grapes from ground squirrels and birds.

Our next Black lab was a female.  When we were looking for a name for her, we watched all three Godfather movies, but the women’s names did not seem to fit – the names Connie, Kay, or Apollonia were not quite right. After a suggestion from a neighbor, we finally decided to call her Corleone – Corley for short. Corley and her pup, Molly, are now the guardians of Beresini Vineyards. 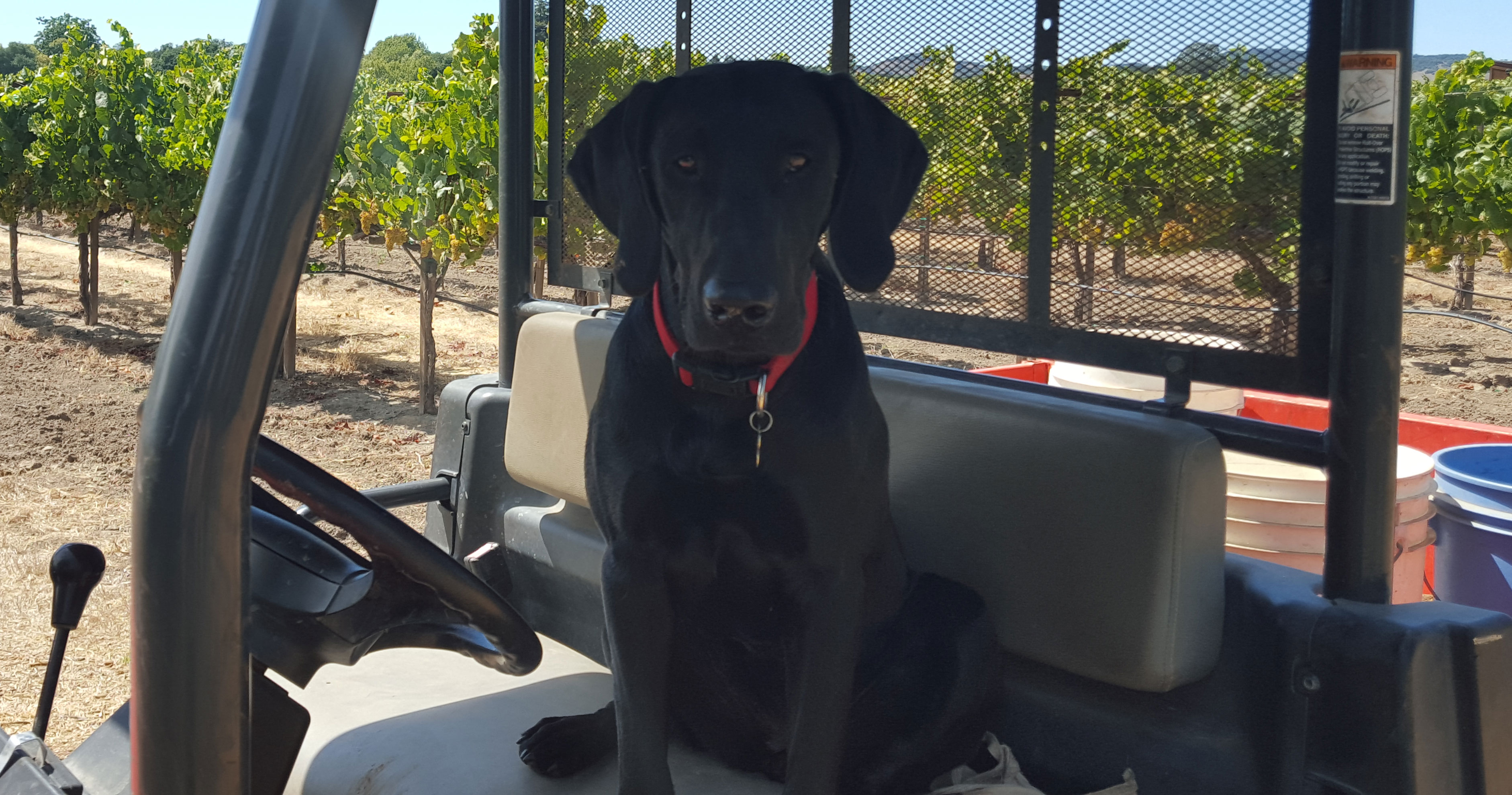 Corleone Beresini was born on a farm October 26, 2014 in Fresno, California and stayed with her farm family until she was 7 weeks old.  She joined the Black Dog Ranch family in January 2015.  Corley is an excellent vineyard worker and farm manager; she rides in the Kubota each day to check on the grapes. 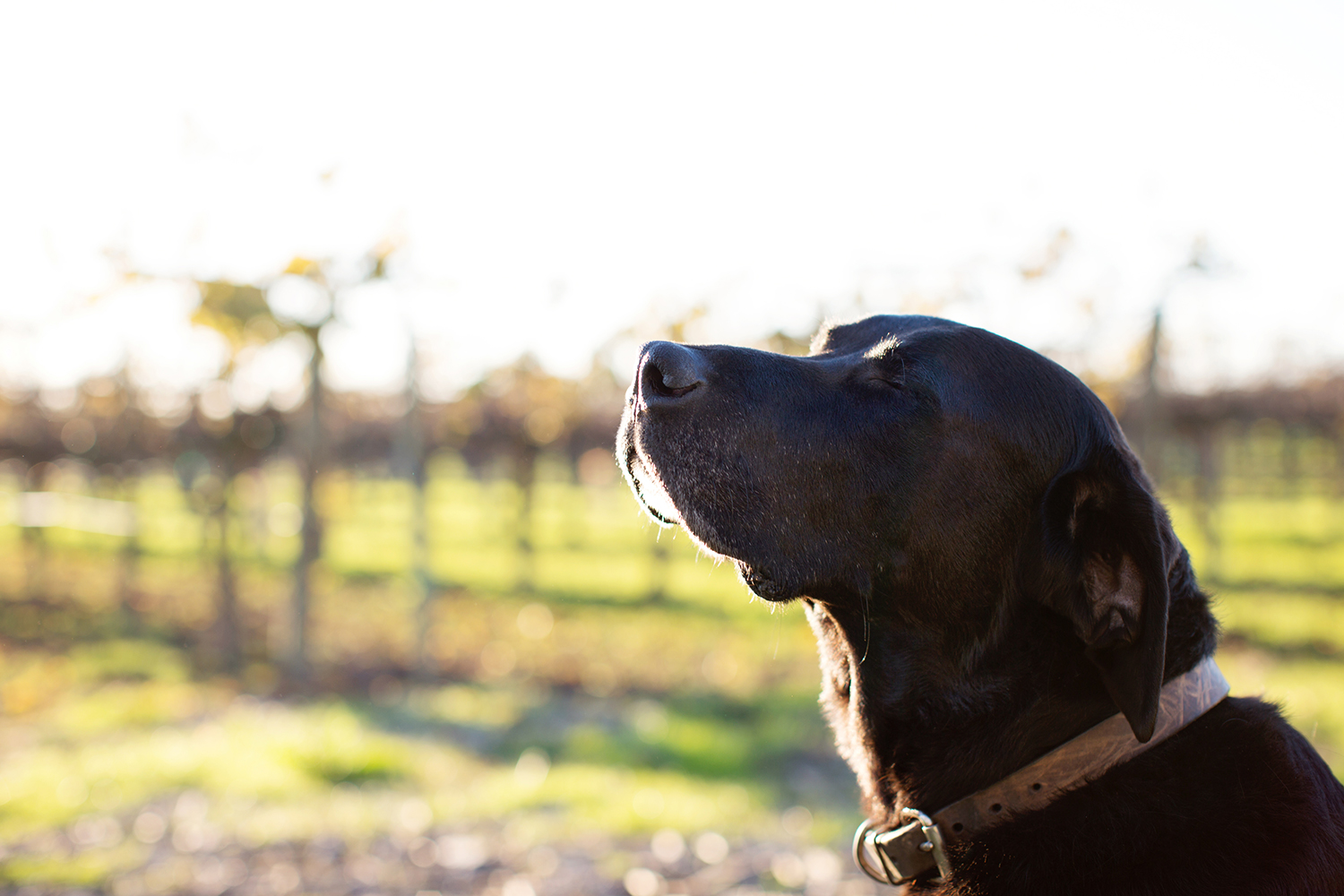 Vito Beresini was born on May 20, 2004 (to 2014). Vito was a very noisy Black Labrador, who roamed the vineyard looking for anything that would disturb his grapes. His predecessors Chester (1988 to 2001) and Luca (2000 to 2006) watched over the vineyard before Vito.  Thus, our ranch has been named “Black Dog Ranch” in honor of these wonderful and much-loved canines. 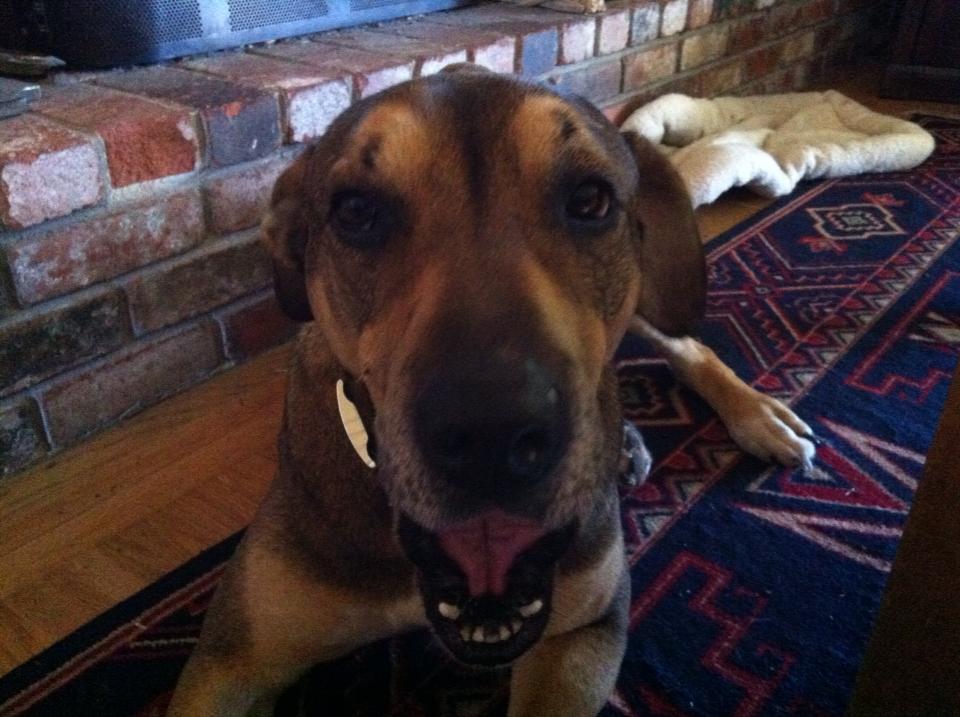 Roscoe (2006 to 2013) was the exception to the Black Dog theme. Roscoe was a mix of Anatolian Shepherd and Great Dane.  He was the only dog we ever knew that had eyebrows and he would sit on the couch with his feet on the floor!  Roscoe was a sweetheart and we miss him very much. 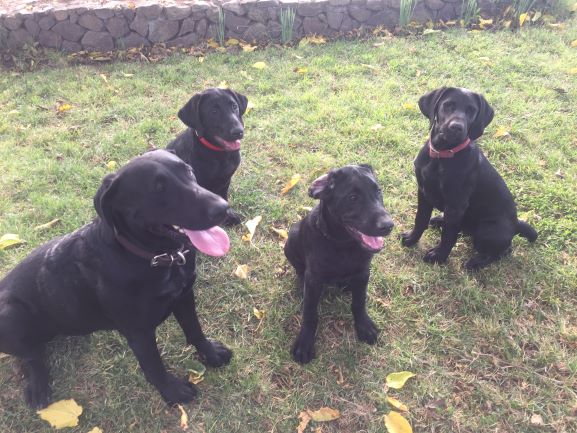 On July 5th, 2018, Corley gave birth to three gorgeous black lab puppies, fathered by the handsome Chief Torassa, who comes from a long line of champions. The offspring are Molly on far right who stayed with us, Mulan who is in the back and went to the Sire’s family and Diesel who is in the front and went to our Vet-tech. The pups are pictured with their Mom, Corley.